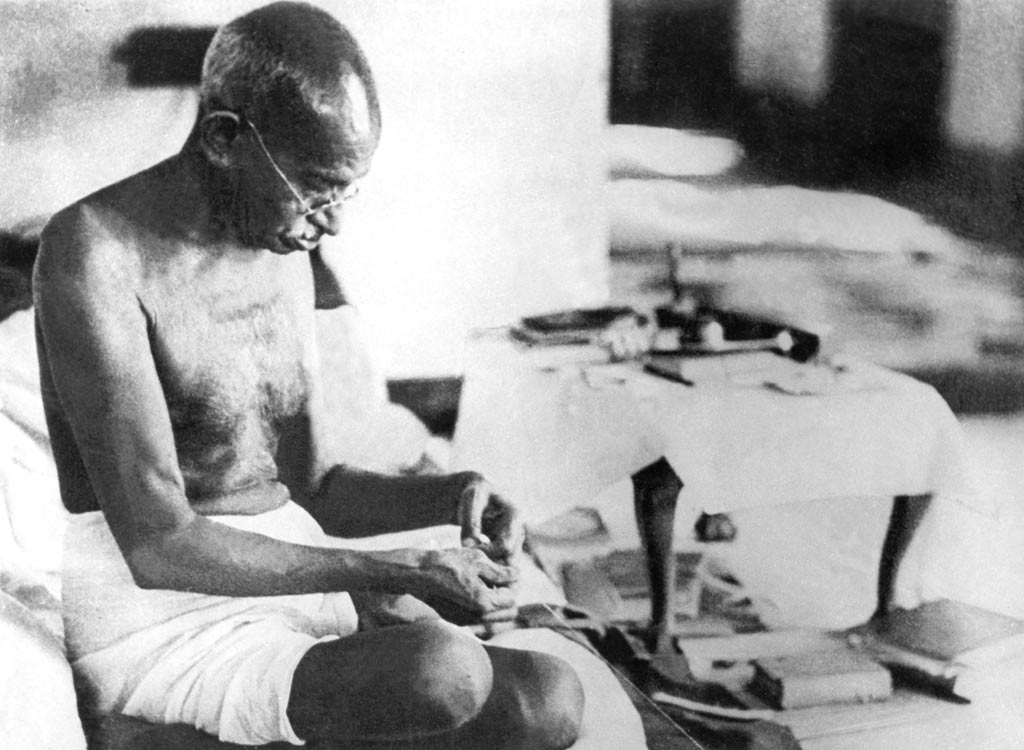 Gandhi: my idea of extreme frugality.

Low-expense living is trending under the guise of “extreme frugality.” But I call BS on this terminology.

I have no desire to pass judgment on others’ spending since everyone’s situation and values are different. Not many conversations are less pleasant than the who’s-more-frugal pissing match. And the media is probably more to blame for this misnomer than the families it features, who are just trying to live reasonably.

But when did eating at home become classified as “extreme frugality?” Is a year-long clothes-buying ban, perhaps following ten years of over-shopping, actually extreme? Does hanging clothes to dry make you a frugal rockstar?

Again, I’m NOT saying people with a certain habits or possessions aren’t frugal enough. My beef isn’t with anyone’s lifestyle, but with attaching the term extreme to what is nothing more than simple, reasonable, classic thrift. Yes, resisting lifestyle inflation is counter-cultural. But as some of the richest people on earth, can we all agree that most of us are not leading extremely frugal lives?

We prefer to view our lifestyle as nothing more than classic frugality–with plenty of luxuries in the mix. Let’s consult historical context to clarify terms. In recent history, we find the advent of modern personal finance/early retirement blogs beginning with Early Retirement Extreme and then Mr. Money Mustache. (For some reason, my 2008 “How to Be Cheap” blog series didn’t make it as big.) MMM has made it very clear that, while his family of three lives on only $25,000 per year, they are not claiming to practice extreme frugality. Their lifestyle is just “slightly less ridiculous than average,” to use his self-description. Laurie at the Frugal Farmer also wrote about this topic in her post When Frugality Was Normal.

Rewind a bit further, and we find ourselves practicing the same money-saving habits our grandparents did, while living in a larger home and owning more cars. For example, Neil’s grandparents grew old in the same small bungalow where they raised five children while owning one car. You’d better believe they hung clothes to dry, cooked from scratch, and bought only what they needed. They didn’t need to employ gimmicks to control their spending. Their whole 95 years on this planet have been a shopping ban.

If we want to talk about extremes, let’s talk about people like Mother Theresa or Gandhi. Do you think Gandhi was making cash envelopes for “Rice” and “Dhotis”? When he died he owned about ten possessions, including his iconic spectacles. Now that’s extreme.

I’m all for shopping bans or cash envelopes. I just can’t get on board with calling them extreme. To me, extreme frugality means something more like living out of a van, or one-bedroom apartment with multiple kids, dumpster diving for food, and keeping your heat at 50 degrees.

I’m not trying to debate about who does which frugal practice. I’m just saying, this type of frugality is what we’re into, and we don’t view at as extreme. It’s simply reasonable. After all, owning a car or two, living in a multiple-room home, and eating three full meals a day makes us quite spendy by global measures.

The only “extreme” we’re surrounded by is extreme over-consumption. So I suppose our thrift is a marked difference compared to the insanity of going out to lunch every day, building brand-new 4,000 sq. ft homes, and leasing cars for $500/month. But just because a sizable segment of our population has gone completely crazy with their spending, doesn’t mean we’re living an equally far-out alternative. We’re just enjoying a more lavish version of past generations’ simplicity, and keeping that in perspective is intriguing, contentment-building, and motivating, all at once.

Surely viewing a slightly deflated lifestyle as “extreme” suggests it’s formidable or unreasonable to maintain. If we could embrace simple living as just a thrifty throwback to normal, we may find it much more manageable. And I’m all for sensible views that will fuel our financial flexibility over the long haul.

If our site title seems to suggest we think we’re doing something extreme, allow me to clarify: it’s all relative. We see “pretending to be poor” not as literal, or meant to demean those who are truly struggling to get by. Rather, it’s the only viable alternative we see to be pretending to rich. Either you’ll live on more than you make, or less. And only living on less will allow us to invest both in our future, and in the lives of those in need. We are very much “Just Pretending“and that keeps us going way more than if we thought we were doing something difficult and extreme.

Do you agree with this distinction between classic and extreme frugality? Can you see any other drawbacks to using this misnomer?

43 Responses to “Extreme vs. Classic Frugality”